Any of you can experience the best of Italy. While you’re traveling in the country, you can learn about the cultural significance in the best way during the festival season. Italians are believed to enjoy every moment of their lives so they celebrate numerous festivals on a larger scale and with enthusiasm.

Planning your vacation to Italy during one of the popular Italian festivals will surely make an indelible mark on your mind. The festivals of Italy range from the huge processions of locals dressed in beautiful costumes to enjoying delicacies served on the street, enjoying fireworks, contests among different neighborhoods, and so on. Italy is decorated with the great extravagance and splendor to commemorate the beginning of Lent (a period in which Christians don’t indulge in revelry and also don’t consume meat) and Easter during the Carnevale. This festival probably has its roots from the 12th century and Pagan Festival. In numerous towns of Italy, parties, parades and masquerade balls are organized to keep the people entertained. While the balls may become pricey for the tourists to attend, you can enjoy various street performances, concerts and boat parades without paying any cost.

When: February/March
Where: Venice, Viareggio, Ivrea, and Cento

There is something attractive and enticing about this popular Italian festival in which 17 districts or contra de (as known in Italy) compete against each other in the horse riding game. The winning champion rider is awarded a Palio. A special mass, blessings from the horses and grand procession starts of the main race-day of this festival. Apart from witnessing the thrilling race among the 17 champion riders, you can also enjoy good food at the various stalls nearby.

You would find it really crazy but fun to join the largest food fight in Europe – the Battle of Oranges. This particular festival is a symbolic one as it represents the uprisings that took place in Italy against the cruel ruler Ranieri di Bankrate. All participants are divided into nine teams and they hurl oranges at each other either by running around on the streets or from the battle buses.

When: February
Where: Ivrea

4. Game Of The Bridge 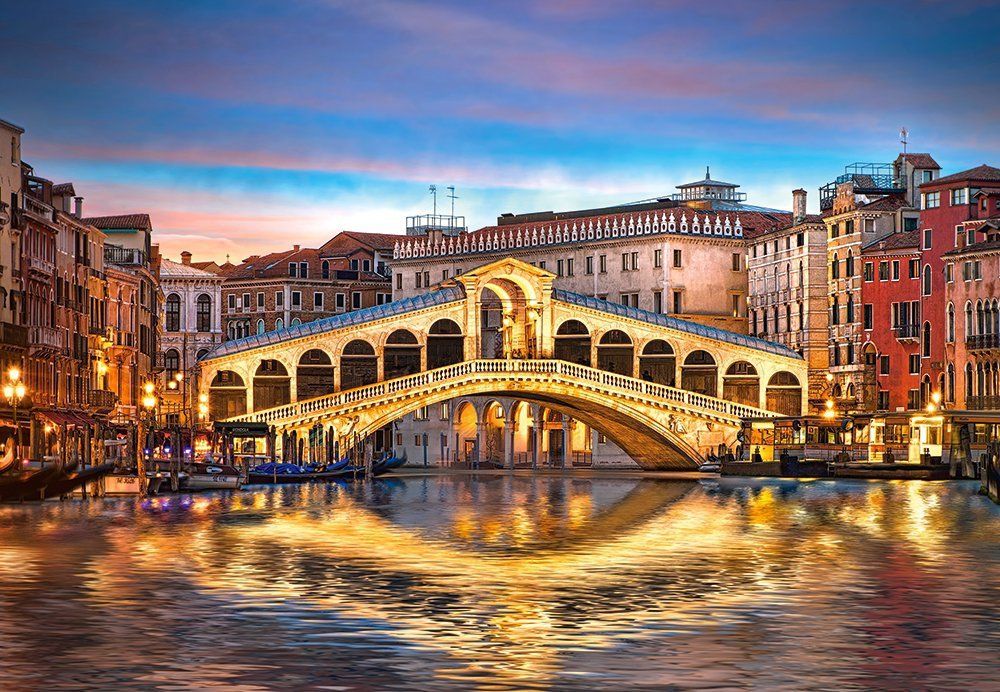 Interestingly having a violent history and root, the Game of the Bridge is a genteel festival of Italy characterized by the competitive spirits of the participating teams of north and south of Arno River. A parade of both north and south teams dressed in 18th-century clothing and armor reach the destination; push the wooden trolley towards the opposite team’s territory to claim the ultimate ownership of the Ponte di Mezzo bridge.

When: June
Where: Pisa

If you happen to visit any of the towns in Italy during the time when the popular Infiorata Festival gets organized, you should remain well prepared and ready to be spell bounded by the art forms created by beautiful flowers and petals. Centered on multiple themes, tapestries are designed on the streets as well as abbeys. Churches and houses are also decorated with flowers. Once the tapestries are completed, religious processions to take place during this famous festival in Italy.

When: May/June
Where: Noto, Bolsena, Brugnato, Spello and Orvieto

This is an Easter festivity in the fullest of uniqueness as celebrated with great fervor and dedication in Italy. Being the longest-running procession in this country that lasts for approximately 24 hours, this festival is said to be the representation of the eternal journey of Jesus Christ from his passion until death. The wooden statues displayed during the procession is the depiction of the Mystery of Christ and are a piece-of-art to describe the true ascent of that unique spirit.

When: April
Where: Sicily 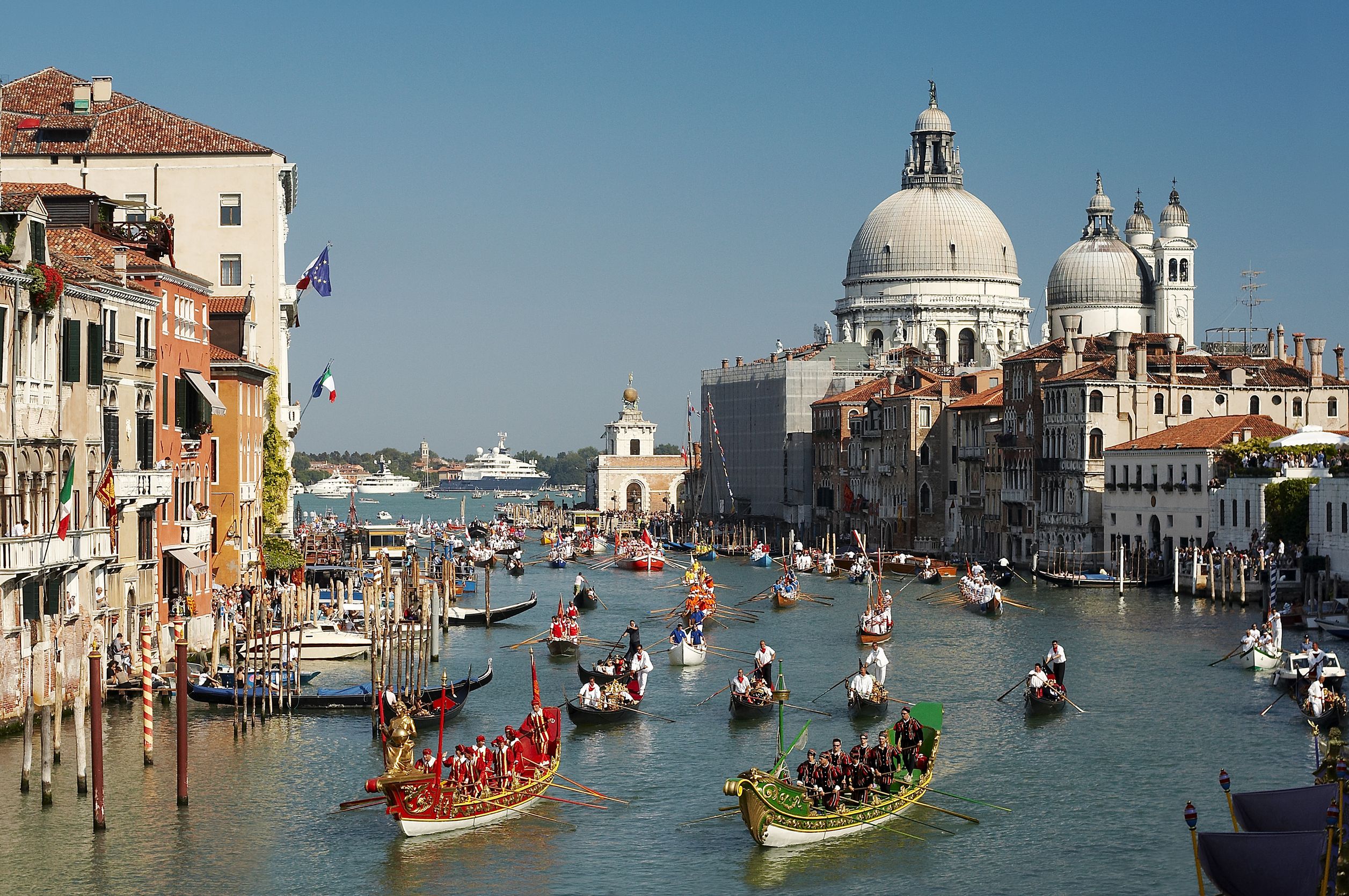 The naval prowess of Venice shines brightly during the Regatta Festival as the lagoons and canals in the city get filled with gondolas and traditional rowing boats. Locals dressed in the period clothing of 1489 participate in the boat and gondola processions. After that, four races take place between the participants. This Italian festival is observed to honor the wife of King Cyprus- Caterina Cornaro.

When: September
Where: Venice

A procession consisting of the archers, flag throwers, drummers, musicians as well as locals dressed in the period clothing parade the streets to mark the beginning of La Quintana Festival in Italy. Craft products and a variety of food items are sold in the streets and the piazza of the country. Jousting competition among the different neighborhoods is perhaps the major highlight of this festival.

When: August
Where: Ascoli Piceno

The festive season is Milan kicks off with the celebration of Oh Bej! Oh Bej!. Sant’Ambrogio- the city’s patron is honored during this popular Italian festival which is celebrated for around four days. This festivity is especially for you if you want to find a unique Christmas goody while enjoying some lip-smacking food and seeking to explore Italy from an entirely different perspective. Stalls sell all kinds of items from sweets and toys to artifacts and flowers.

When: December
Where: Milan 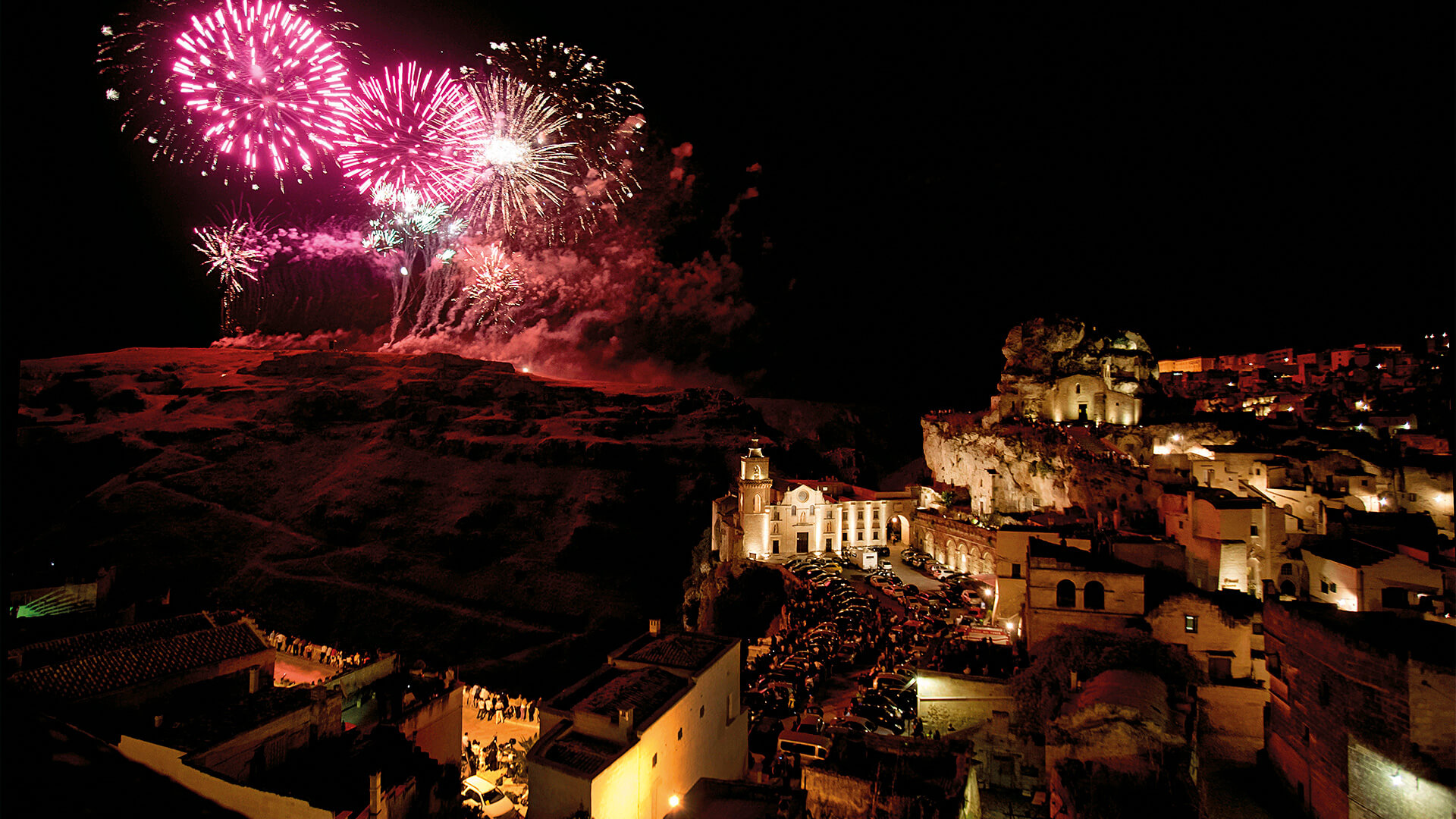 Although Madonna Della Bruna – the sacred protector of the town is being revered through this festival, it is not just a religious celebration. It is beyond that and sees the presence of a large chunk of participants. The attractions of this popular festival are grand processions, musical bands, market stalls, colored lights, and last but not the least extravagantly eye-boggling firework displays. They aptly describe the Festa Della Madonna Bruna in its true fervor of fun and entertainment.